NEW YORK, NY (November 9, 2022) –  Now open in Tribeca, the historic neighborhood known for its refined lofts and gallery spaces, Mostrador NYC offers Argentinian fare by internationally-celebrated chef Fernando Trocca [Sucre, Orilla, Mostrador (Buenos Aires, Uruguay, Montauk, London)] and restaurateur Martin Pittaluga. The restaurant is a celebration of South American dining culture both in flavor and form. Named for the famed counters of the region, where lunch is the largest meal of the day, Mostrador offers a tableau of freshly made and inventive dishes, described by Trocca himself as “a revolution of the simple.”

The team’s first New York City project, following the demand from fans of Mostrador’s Montauk outpost, Mostrador is inspired by Trocca’s upbringing in Buenos Aires, where he grew up watching his grandmother, Serafina, cook, along with his culinary education from acclaimed chefs Francis Mallman and Gato Dumas in Argentina and Italian chef Massimo Bottura, whom he worked with on projects throughout Spain and France.

To date, pastries are an important part of Trocca’s food program, blending Trocca’s French training with traditional Argentinian pastry styles. Mostrador’s signature Medialuna, an Argentinian take on the croissant, brioche-based and brushed with a sweet simple syrup glaze, Alfajores, a sandwich cookie filled with dulce de leche popular in Argentina and Chipa, a gluten-free parmigiana cheese filled bread, highlight both the sweet and savory pastry styles with artistic execution, and are available throughout breakfast and lunch services among other rotating pastries in seasonal flavors.

Concepted by Trocca and Chef de Cuisine, Alvaro Dalmau [Pacific’s Edge, Bleu Blanc Rouge, Gaucho], a decades-long friend and partner of Trocca’s since age 19,  lunch service brings a local produce-driven selection of salads, vegetables and proteins blend South American, Mediterranean and Middle Eastern flavors with an emphasis on honoring whole foods. Celebrating the visual beauty of the dish, daily selections are displayed at the pristine marble counter, where guests can embrace the tradition of the mostrador by building their meal from the options prepared by Trocca and his team. Though ever-changing based on seasonality and availability of ingredients, options can include dishes such as Beetroots with grilled pears, oranges, grapefruit and avocado cream, Peach and Ricotta Salad or Broccolini with miso aioli, watercress & hazelnuts. All proteins, ranging from lamb, to fish and beef are prepared to order. The dinner menu, which is set to debut in early December, will feature small plate takes on grass-fed beef asado, milanesas and other Argentinian classics.

“Following three  successful years of Mostrador’s first stateside operation in Montauk, we knew we had to recreate the magic of the restaurant in New York City,” said Trocca. “Mostrador New York captures the essence of that beachfront counter by honoring simple, farm to table produce, but reimagines it with full table service and soon, a late-night dinner and cocktail program.”

The intimate, 45-seat dining room imagined by Cycle Projects [Lilia and Loring Place], is filled with the natural light and street views of the bustling neighborhood emanating from expansive windows, making Mostrador both a cozy enclave for enjoying an early meal and perfect place for a late night amaro, a nod to Argentina’s obsession with Fernet-Branca, wine or cocktail at the bar, softly lit by a custom sculptural brass light fixture. Mostrador’s beverage program, created by General Manager and Beverage Director, Padraig O’Brien, includes classic Latin American cocktails and fresh non-alcoholic options, with an eclectic wine list that explores South America’s unique approach to underdog varietals like Carmenere, Tannat and Torrontes as well as Malbecs and Chilean Cabernets. Mostrador’s cocktails highlight South American spirits and aguas frescas. Its signature cocktail is a take on the Fernando, crafted with house-made cola and an artisanal amaro.

Mostrador is located at the Walker Tribeca hotel at 28 Cortlandt Alley, between White St. and Walker St. Open for breakfast & lunch Wednesday through Sunday from 7-10:30 am, 12-3:30 pm. Reservations are available via Resy beginning November 9.  For more information on Mostrador NYC, please visit mostradornyc.com.

Born and raised in Buenos Aires, Fernando Trocca has left his mark on established kitchens throughout the world. Trocca grew up watching his grandmother, Serafina, cook, discovering his passion at a young age, before moving to Bariloche at 18 to work with Argentinian chef Gato Dumas. There, he learned the fundamentals of French cooking, which established pastries as a key element of his food program. Trocca then worked for 5 years under internationally renowned firemaster Francis Mallmann, and went on to cook in the kitchens of Florence, Lyon, San Sebastián and Madrid, including a stage with Paul Bocuse and Massimo Bottura. His cooking reflects the influences of his time in Lebanon as well, where he opened the Argentinian restaurant, Gaucho. Two decades ago in Buenos Aires, Trocca created Sucre, which, in 2014, made “The World’s 50 Best List” in the category of Latin America’s 50 Best Restaurants and expanded to London and Dubai. He also has a modern steakhouse in South Beach Miami called Orilla. In 2014, Trocca partnered with restaurateur Martín Pittaluga to open his first Mostrador, a seasonal restaurant in the stylish surfing town of José Ignacio, Uruguay.  His Mostrador quickly became a new classic of Esteño gastronomy.   Mostrador came stateside in 2019 to Marram, a boutique hotel in Montauk, New York, and a third Location was created in the Olivos neighborhood of Buenos Aires. 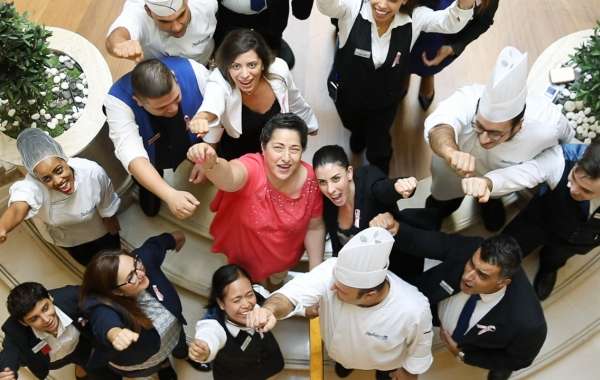 Feminist, romantic or seductive? She is feminist but...