Novotel Celebrates the Release of Disney and Pixar’s “LUCA”

PARIS, June 15, 2021 - Novotel, a leading brand within the Accor group, today announced its latest collaboration with Disney and Pixar's LUCA a family-friendly original feature film about an unforgettable summer for two best friends in the Italian seaside town of Portorosso which will be released on June 18 on Disney +. Novotel will celebrate the launch of the new movie with special offers and delightful surprises for its guests, fans and followers, across more than 40 participating countries, including the United Kingdom, France, South Korea, Canada, China, Mexico, India and many more.

"Novotel is having a ball with our Disney and Pixar collaborations, providing wonderful opportunities for families to bond, relax and enjoy spirited moments together," said Nadege Keryhuel, Vice President, Novotel Brand Experience at Accor. "Pixar's original family films are fun and inspiring for all, and we are excited to provide extra ways for our guests around the world to make meaningful connections and happy memories together."

Novotel's multi-film collaboration with Disney and Pixar has already successfully celebrated the launch of two previous films:ONWARD and SOUL. Pixar's newest original feature, LUCA, is a coming-of-age meets fish-out-of-water story of youth and friendship, as a young sea monster named Luca and his friend Alberto embark on a series of adventures along the Italian Riviera. Alongside the film's release, Novotel has created a co-branded advert featuring clips from the film, celebrating that the best memories are made together. They will also invite guests to capture memories using their Luca-inspired face lens and to participate in a 10-Day challenge via Novotel's Instagram account. Fans and followers will have the opportunity to win numerous prizes, including a one-week family stay for two adults and two children at any Novotel worldwide.

As part of the new collaboration, Novotel locations will be full of excitement thanks to the face lens inspired by LUCA's Italian adventures, accessible to each guest through their smart phone. QR codes positioned throughout the hotels will invite families to capture memories, spend time together and appreciate delightful and surprising moments. Guests and fans alike will also be able to join in on the fun at home with the exclusive lenses available through Novotels social media channels.

Novotel has long welcomed families and children as important guests, even bestowing them with small gifts upon arrival. Families are given complimentary accommodation and breakfast for up to two children under the age of 16 in their room, or they can opt to book a second family extra room at a 50% discount. Families checking out on Sundays also enjoy a relaxed day with a 5:00 pm late departure option (subject to availability) giving them even more time to enjoy lobby-level entertainment and play areas designed for all ages.

Novotel Hotels, Suites Resorts offers destination hotels designed as comforting and energizing places where guests can press pause and take time to enjoy the moments that really matter. The brands wide array of hotels, suites and resorts offer a multitude of services for business and leisure guests alike, including spacious, modular rooms with natural and intuitive design; 24/7 catering with nutritious choices; dedicated meeting spaces; attentive and proactive staff; family zones for the youngest guests; multi-purpose lobbies; and accessible fitness centers. Novotel, which has over 530 locations in more than 60 countries is part of Accor, a world leading hospitality group consisting of more than 5,100 properties and 10,000 food and beverage venues throughout 110 countries.

Disney+ is the dedicated streaming home for movies and shows from Disney, Pixar, Marvel, Star Wars, National Geographic, and more. As part of Disneys Media and Entertainment Distribution segment, Disney+ is available on most internet-connected devices and offers commercial-free programming with a variety of original feature-length films, documentaries, live-action and animated series, and short-form content. Alongside unprecedented access to Disneys incredible library of film and television entertainment, the service is also the exclusive streaming home for the latest releases from The Walt Disney Studios. Disney+ is available as part of a bundle offer that gives subscribers access to Disney+, Hulu, and ESPN+. Visit DisneyPlus.com to subscribe and/or learn more about the service.

The World’s Most Beautiful Island Welcomes an Intimate Getaway 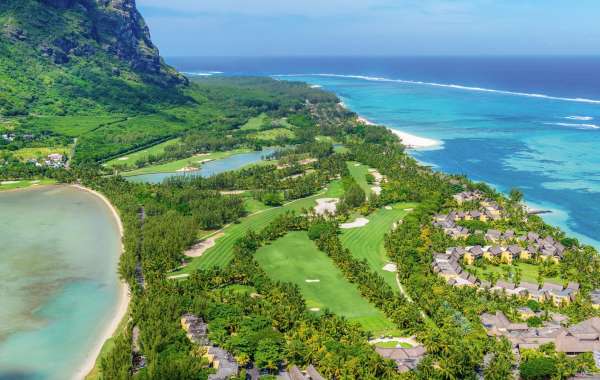