New Executive Hires at The Resorts & Residences by CuisinArt

The appointments come at an exciting time following the acquisition of the resort by Olympus Ventures.

"We are thrilled to announce our latest executive hires," commented Simon A. Fricker, Managing Director for the Resortsand Residences by CuisinArt. "Our expanding team will bring a breadth of experience and expertise to this beautiful resort, where they will play an active role in creating this next chapter as we elevate the resort to be the best in the Caribbean."

Portia Holt brings a wealth of experience to her new role with an extensive background in hospitality, art and luxury. As Director of Marketingand Communications, Portia will play an integral role in the property's new chapter, overseeing marketing communications strategy including branding, ecommerce, social media and more. Throughout the course of her more than 20 year career, Portia has worked with a multitude of globally renowned brands including Herms, Gucci, LVMH and many more. Most recently, Portia was the Director of Marketing Communications at The Setai, Miami Beach, where she worked closely with The Setai ownership and executive team while overseeing creative agencies to act as an internal and external brand manager for the landmark luxury property.

As Spa Director, Stephanie Henzel will be responsible for the development and operation of the new spa at the property. Stephanie launched her luxury spa and wellness career in 2011 as a massage therapist at the Ritz-Carlton, St. Thomas. Since then she has gone on to hold roles in spa management, served as the Manager of Spa and Resort Shops for the Ritz-Carlton, Key Biscayne and was selected as part of the Marriott International training team to assist in the reopening of The Ritz-Carlton, St. Thomas after a two year closure. Most recently, Stephanie led the opening effort of The Joseph, a Luxury Collection Hotel, Nashville and Rose, a luxury urban spa in the heart of downtown Nashville, currently ranked as the top spa in the destination.

As Director of Finance, Brent Brady will be responsible for providing financial strategy and leadership for the resort. He brings over 20 years of hospitality experience to this position. Most recently, Brent was Director, Finance Business Support for the Grand Del Mar Resort in Southern California, a 5 star, 5 Diamond, Michelin Star rated property.

Christian Moreno is a hospitality industry veteran and brings more than 20 years of experience to his role as Director of Revenue Management Reservations. Christian is charged with overseeing all aspects of reservations and revenue management strategy for the resort. His extensive background includes experience in markets such as the Caribbean, Buenos Aires, New York, and Miami, where he has delivered consistent success. Prior to joining the Resortsand Residences by CuisinArt, Christian consulted for luxury properties, including the opening of Palm Heights in the Cayman Islands. Christian has additionally held roles with Faena Group, Royal Caribbean, and Sagamore Art Hotel in Miami Beach, where he was recognized by the GMCVB as "Revenue Executive of the Year" in 2013 2014.

As Director of Security, Darren Lopez will be responsible for overseeing the safety and security of all guests and staff members. Darren has spent the last twenty years in various aspects of security including logistical, retail, nightlife, personal protection, and luxury hospitality, working with renowned properties including the Peninsula Beverly Hills, and the Waldorf Astoria Beverly Hills, where he built the security department from the launch of the property. Most recently he was the Managing Director for a private firm, Miro, where he oversaw the security of nine hotels, private clubs and nightlife venues in and around Los Angeles. Darren will work closely with James Rochester, the newly appointed Assistant Director of Security for the resort. Throughout his career, James Rochester has held highly respected positions within the Anguilla Public Service and hospitality industry. He launched his professional career as a Police Officer at the Royal Anguilla Police Force (RAPF), eventually becoming Sargent. After his 11 year tenure at the RAPF, he worked in the medical field as an Emergency Medical Technician with the Health Authority of Anguilla for 7 years. James has additionally worked with the Immigration Taskforce within the Government of Anguilla Immigration Department, and held the position of Security Manager at Viceroy Anguilla which then transitioned into Four Seasons Resorts and Residences Anguilla, where he oversaw the security team.

As Director of Engineering, Roberto Fernandez will be responsible for the upkeep, maintenance and project management of the resort. Roberto holds a degree in Mechanical Engineering. He launched his career as a contractor for the electrical company in Costa Rica, where he was tasked with leading the upgrade of several hydroelectrical plants. He eventually went on to join the team at the Four Seasons where he spent 17 years with the brand, gaining invaluable hospitality experience, holding roles in Costa Rica, the Seychelles, the Maldives, Santa Barbara and, most recently, in Wyoming, where he was the Director of Engineering for the iconic Four Seasons Resort and Residences Jackson Hole. Assistant Director of Engineering Vanroy (Van) Hodge is originally from Anguilla. Van has a diverse background that includes various leadership engineering roles in the publicand private sector in Anguilla and the United States. Van's extensive experiences includes leading the housing aspect of the recovery operations for the Fluor Corporation in the aftermath of Hurricane Katrina in Louisiana, which housed over 50,000 families. Most recently, Van was the Engineering Property Operations Manager at Malliouhana Resortand Spa. Van will work closely with Roberto to oversee all engineering projects at the property.

Front of House Manager Natasha Richardson has been immersed in the Hospitality industry from an early age as the daughter of parents who both worked in the industry her entire life. Natasha completed her Bachelors Degree at Monroe college in New Rochelle, New York and then went on to get her Masters. Her career in Hospitality launched at the Radisson Hotel in downtown New Rochelle, New York, where she began as an intern and worked her way through several departments. Natasha relocated to Anguilla in 2016 and worked for the Anguilla Tourist Board for a year as the Destination Experience Manager, a role that gave Natasha exposure to the behind-the-scenes workings of Tourism. Passionate about being at the pulse of the hospitality industry and enjoying direct contact with guests, Natasha eventually moved on from this position. Natasha has since worked as the Resort Assistant Manager at Four Seasons Resort Anguilla and most recently at Zemi Beach House Hotel and Spa as the Rooms Division Manager.

Long considered a jewel of the Caribbean, set on the pristine Rendezvous Beach in Anguilla, the vision for the future of the Resorts Residences by CuisinArt will honor its legacy while elevating the property, introducing an array of world-class amenities and experiences, along with initiatives that will enhance the community, benefiting guests, staff members and island residents. The Resortsand Residences by CuisinArt is managed by Wischermann Lifestyle Hospitality.

About the Resortsand Residences by CuisinArt:

For more information or to make reservations, please call (800) 943-3210 or visit www.cuisinartresort.com. 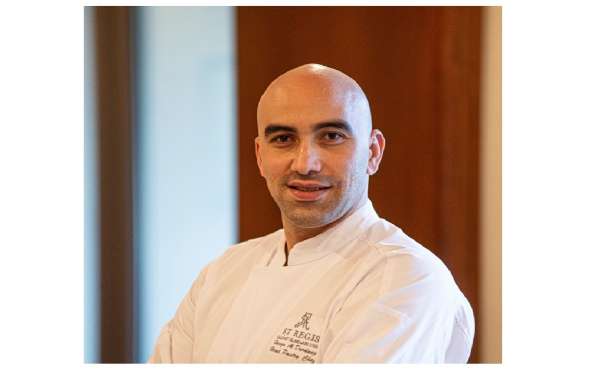 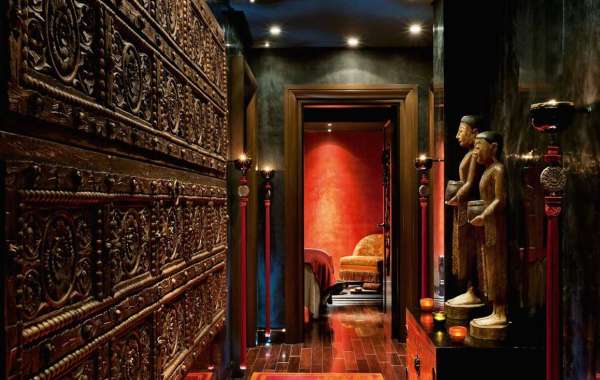 Restore and Rejuvenate at the Grosvenor House Dubai this Summer