Anders hasmore than 30 years of culinary experience and numerous awards under his belt, all gained during his extensive career spanning 10 countries including Denmark, Egypt, Turkey, Australia, China, South Korea, Vietnam, Oman and the UAE.

Born in Asia and growing up in Europe made Anders believe that honest individuality is as important as traditional heritage a belief that enables him to approach cooking with borderless creativity. He is driven by the desire to create multiple new culinary experiences in presentations and flavours that constantly wow his clientele. His foray into the world of cooking was spurred by his mothers words at an early age inspiring him to become a chef after which he enrolled into the Hotel and Restaurant College in Copenhagen, Denmark.

In his new role, Anders will oversee the kitchenoperations for the all-day dining restaurant, Channels as well as Nelson's, Prego's, The Terrace and the private catering and banquet unit.

Rotana currently manages a portfolio of over 100 properties throughout the Middle East, Africa and Turkey, with an aggressive expansion plan in place. Rotana has chosen to acknowledge how precious time is by making all time spent in their range of hotels Treasured Time. This means Rotana has pledged to understand and meet the individual needs of all guests. In so doing, Rotana has evolved its product brands to include, Rotana Hotels Resorts, Centro Hotels by Rotana, Rayhaan Hotels Resorts by Rotana, Arjaan Hotel Apartments by Rotana and The Residences by Rotana. Treasured Time. The Rotana promise to you.

American Airlines: Celebrating its 80 Years of Service to Canada 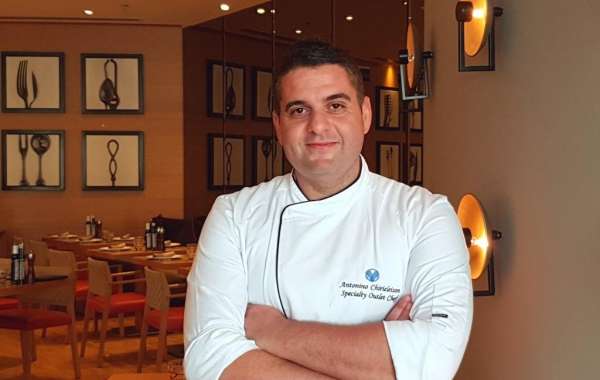